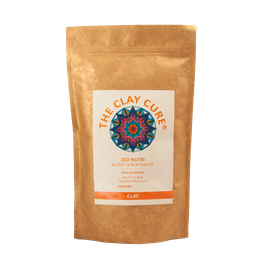 About | Return Policy | Payment and Delivery Information | Privacy Policy | Cookie Policy | Sitemap
© 2021 by The Clay Cure ® All Rights Reserved / Copy and Duplication Forbidden without author authorisation disclaimer: The Clay Cure will not take responsibility for the products not beingcorrectlyused. All information is given freely and is not in any way intended to replace or negate medication or guidance from a registered healthcare practitioner. If you are pregnant, pleasecontact aregistered healthcare practitioner before use. For educational purpose only, this information is not to diagnose, treat or cure any disease.
Log in Log out | Edit
Close